Questions concerning issues addressed in this review should be directed to: 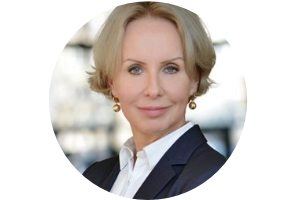 Coronavirus Update – Bullying in the workplace during the pandemic

Remote work has not caused a decrease of instances of bullying or perceived bullying at the workplace. But the ways bullying manifests itself have changed.

“Bullying” [the Polish term is “mobbing”] is defined by the Polish Labour Code (the “PLC”) as any act or behaviour relating to an employee, or targeted towards an employee, that involves persistent and long-term bullying or intimidation, resulting in lower self-esteem and lower evaluation of the employee’s own professional abilities, with the purpose or effect of humiliating or ridiculing, isolating or eliminating that employee from the team.

In practice, however, bullying is hard to prove, which on the one hand is the result of the general wording of the provisions, while on the other it results from the manner in which courts approach the issue, tending to focus more on victims than the illegality of perpetrators’ actions.

Most difficulties with bullying claims in courts result from incorrect or incomplete interpretation of the Labour Code’s definition. Courts must treat all the prerequisites for bullying jointly which means that to claim bullying all of the characteristics must be met including persistence of the behaviour. Such view was expressed by the Supreme Court which found that no bullying occurred in a case where an employee had not felt a decline in their fitness for work.

Problems with the definition of bullying have also been found by the State Labour Inspectorate (PIP) which opined that some of the bullying allegations it investigated were baseless. It was found that bullying was frequently understood as behaviour resulting from lack of manners, failure to abide by rules of social coexistence, or one-off events.

The PIP admits that it is very hard to detect bullying or unequal treatment of employees during on-site inspections. First, complaints are often very general and do not point to specific behaviours; second, they lack evidence confirming the alleged practices; and third, informers reporting bullying wish to remain anonymous.

According to the PIP, bullying allegations are made very frequently, but are seldom substantiated. Often, one-off, spontaneous behaviours, such as assigning extra workload, a work assessment that in the employee’s view was unfair, or actions that were in fact aimed at enforcing employee duties or involved giving work-related instructions, were treated as bullying.

These issues have caused law practitioners to propose that the PLC bullying regulations should be moved to the Criminal Code, where bullying outside the workplace is dealt with.

Despite the fact that work during the pandemic is often performed remotely, it does not seem to have curtailed bullying or allegations of bullying. The PIP receives increasing numbers of complaints from employees who feel they fell victim to such behaviour. Complaints often result from tension induced by stress and isolation that affect human interactions during the pandemic. What has changed is the means that may be used for bullying.

During remote work, bullying may involve persistent telephoning an employee outside office hours or during a video conference. It may also be manifested by not allowing the employee to speak or by interrupting him or her ostentatiously. Bullying may also include sending improper emails, messages in a group chat or in internal project groups, or commenting on an employee’s private life or health condition.

Such behaviour may be considered as bullying if it meets the other prerequisites set out in the statutory definition. Irrespective of this issue, such behaviour may also involve violation of an employee’s personal rights or violate personal data protection rules.

Piotr Kryczek and Aleksander Tarasiewicz contributed to this review.

Questions concerning issues addressed in this review should be directed to: